The story of the exploration of Kam’s body is one of cutaneous and kinaesthetic exploration, perhaps similar to the sculptor’s hands central to the story of Pygmalion and Galatea. 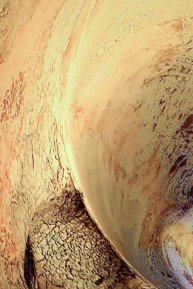 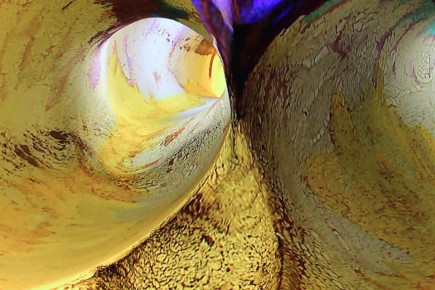 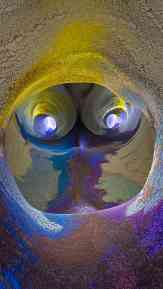 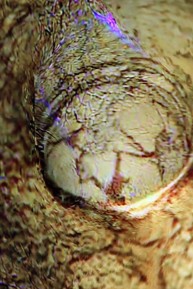 Our creative collaboration started in January 2015, some 18 months after I first mooted the idea, and after 2 lengthy discussions. The creative exploration has been guided by two main pre-occupations on his part: his worry about how others see him, and his innate Narcissism. On my part, exploring those with paint, which resonates on his skin, is an opportunity to create something which is viscerally engaging for me and the viewer. This is our second creative session.

The “no tabula rasa” nature of the artist, model and the relationship hinges around the fact that I am white/western/Christian-valued, and Kam is Indian/African/Hindu. Not all of these characteristics are visible from the work, but even those that are, trigger critical scrutiny by the viewer. What does feed the work though, is the less inhibited attitude to touch, and in particular touching another man’s body.

The dialectic of scientific curiosity came into play here in two ways. Firstly to objectively deprive him of being able to see what was being painted on him, by dint of the fact that I painted his back only. Thus he was unable to see the part that at least half of other people see. This twinned with my desire to experiment with separating the front and back, to treat them separately, see cutlines below, emulating how a massage session is structured. When your back is being worked on, the only sense available to provide feedback is touch.

I also wanted to separate the areas which he could partly see – the sides – as separate panels, akin to a tailor’s pattern.

The front image has suggestions of Egon Schiele and his various self-portraits, which is further connected by the fact that Schiele often used mirrors to see his back in order to draw the rear/quarter view.

So setting out the parts which he cannot normally see, which are seen by a large percentage of others, for him to look at and inspect, in the manner of Narcissus looking at his reflection in the pool, seemed to encapsulate both of Kam’s pre- occupations. Here, the back does not reciprocate the attempted enticement of the front, much as Narcissus’ reflection did not requite his attempts at tactile engagement. In a sense, he is staring at his “other”.

The visual language came out of discussions about the back versus the front. Leaving the front unpainted added to Kam’s sense of frustration about not being able to see what was painted on him. He wanted to get a feel for it, and tended to want to reach round to touch it or claw it from his back or shoulders.

It was to suggest a chrysalis shell, skin being shed, scraped off or morphing out of. Both my hands and Kam’s hands were involved at times to gouge the paint, which lead to the hands being painted red at the end.

In a sense, the haptic gaze is built into the work. The red hands and the red marks on the skin suggest contact. The red hands take the place of the viewer’s hands.

The visual gaze is being played with. The front of Kam is staring at his back. Being lifesize, and positioned at floor level, we can go to Kam’s side to see what he is looking at so intently. And there before us is the terrain of his back with all the traces and evidence of the graphic exploration, clearly sharing the experience with the viewer. 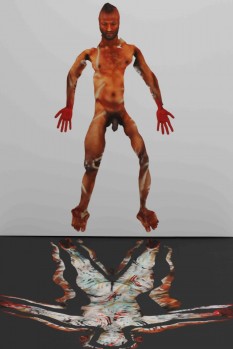 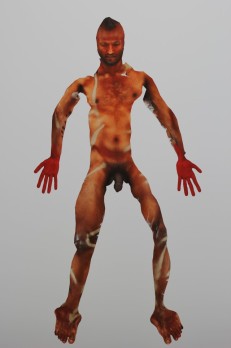 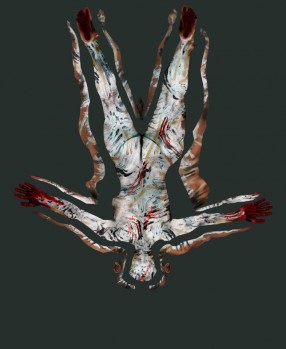 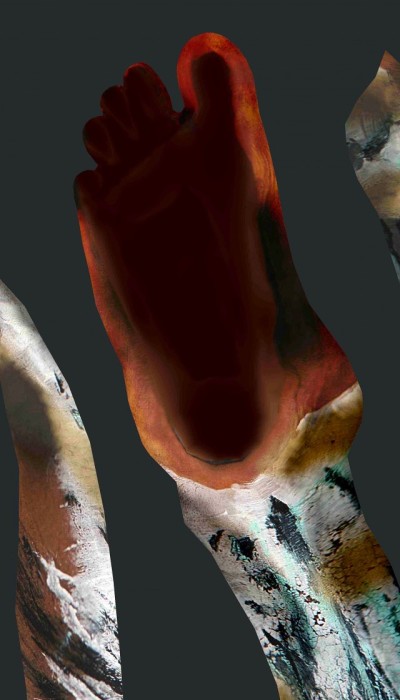 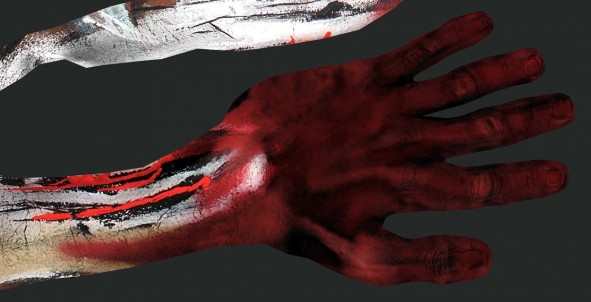 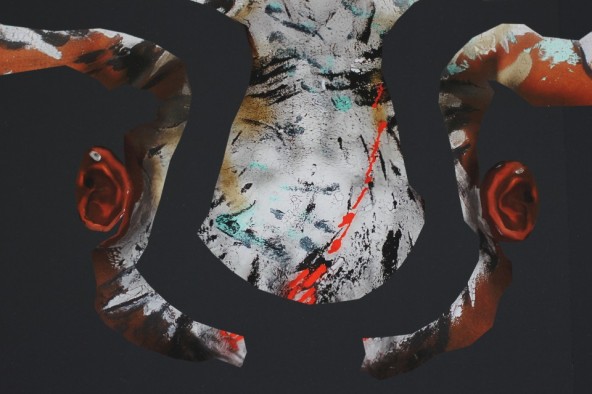