Brian Dennis ran this session of the Unit.

“Any fool can make things bigger, more complex, and more violent. It takes a touch of genius – and a lot of courage – to move in the opposite direction.” Albert Einstein.

This week’s session will be based on the theatrical concept of “Playing to
opposites”. Actors, directors, or writers when dealing with scenes that portray extreme emotions often use this approach; it can also be used for comic purposes or to create a sense of intrigue. The use of this concept is not limited to the stage though, and is often employed by artists and politicians.

The concept: When attempting to evoke a specific emotion, making full use of absolutely all available tools may seem the obvious choice to elicit the desired response from an audience. In many cases driving the point home with all guns firing is effective enough; however when the audience’s expectations are turned on their heads the resulting contrast can actually make the point more effectively. Using the opposite to what is expected to make a point is ‘Playing to Opposites’. For example, a murderer who runs around with a knife looking fierce might be scary. But a murderer who is well-dressed, well-spoken and has impeccable manners (such as Hannibal Lecter) is by far more truly terrifying.

A hero with rippling muscles, a huge sword and no fear is admirable. But a slight and unlikely fighter, fearful but persistent, is much more likely to attract the audience’s respect.

Performer Gypsy Rose Lee titillated audiences by ‘accidentally’ stripping. Instead of seeming to take her clothes of on purpose, she might allow a strap to ‘slip’ forward, resulting in her dress falling off her shoulders to her feet. A stripper who had never intended to strip proved much more interesting to watch.

The dancing hippos from Fantasia are a great use of playing to opposites. At first they are wonderfully comical, but somehow the elegance of their movement is amplified by the sheer mass they are managing to control. The joy that radiates from their faces is so obvious because it seems to transform their pudgy, hairy countenances.

The goal tonight however is to attempt to employ this concept through technical means used by the artist rather than by facial expressions and body language used by the model. It is the artist who is to play to opposites, not the model. The following exercises have been designed to stimulate thinking of how to employ opposites to add complexity, enrichment – possibly even humour – to composition.

1. The sensuality of the covered body:

Based on The Veiled Christ, a sculpture of a veiled dancer by an unknown sculptor, and Mapplethorpe’s White Gauze, the first exercise focuses on creating a powerful visual in which the majority of the subject cannot be seen. 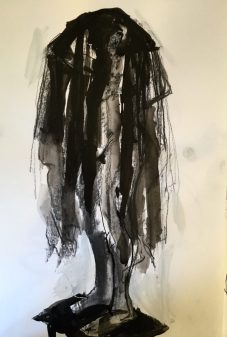 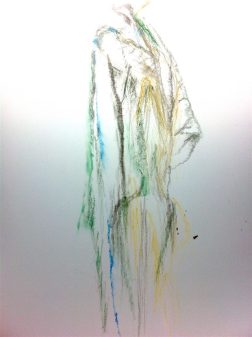 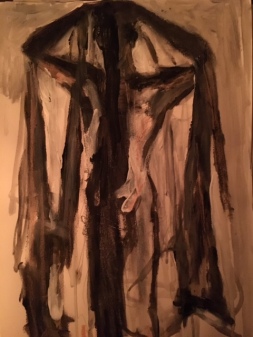 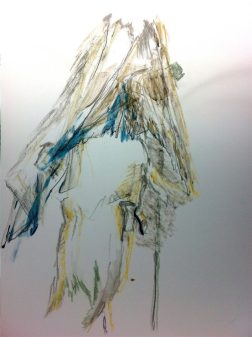 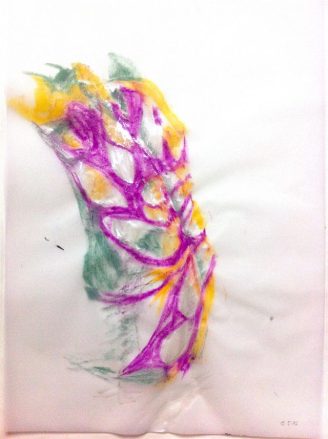 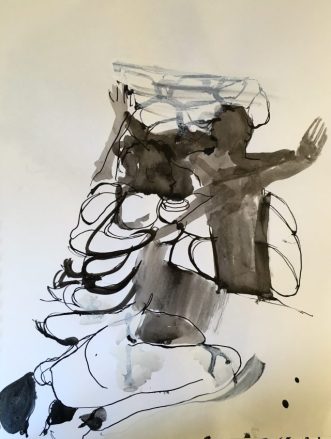 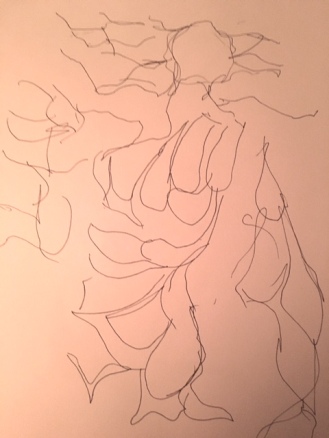 3. Treating the crass with a sense of beauty and importance:

A subject that may be considered crass is treated with a sense of beauty and importance as in Freud’s The Benefits Supervisor Sleeping and Goldin’s My hand on Brian’s dick. The model assumes a pose that would normally be considered crass and the artists are to treat it as high art.

4. An item of clothing can make a figure appear more naked than a fully nude model: Nudity is transformed into nakedness by adding an item of clothing. By contrasting the clothed portion of the person with the nude portion, the bare body seems more exposed. 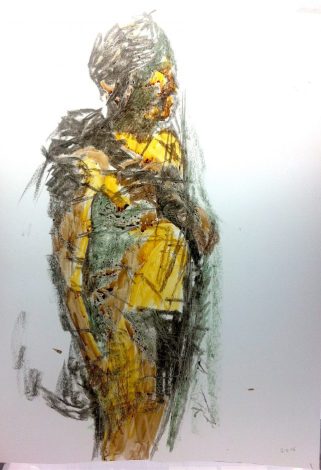 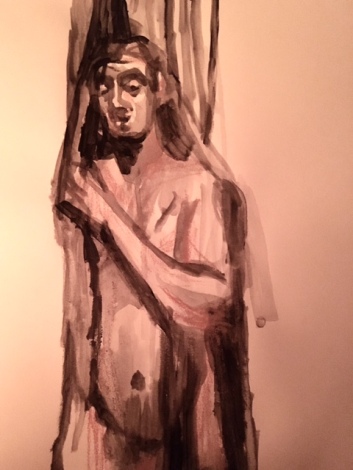 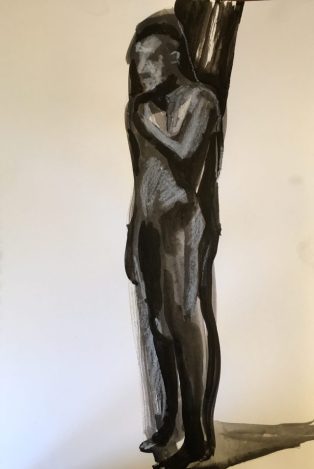