Brian Dennis led this meeting of the Unit.

This session falls close to Jonathan’s birthday, so it seems appropriate to have a little celebration with a lot of art. Tonight’s exercises are based on a selection of well known creative games. Stylistically we can do what ever we like, the aim is to have fun.

0. Hot potato – Pavel will close his eyes and we will pass a rock and a roll around the room.

When he says ‘rock and roll’, whoever is left holding the rock and whoever is holding the roll must pose (still wearing their clothes) with Pavel for eight minutes. We will repeat this for three eight minute poses. (half hour total) This allows us to look at the nude figure in comparison to the clothed figure. 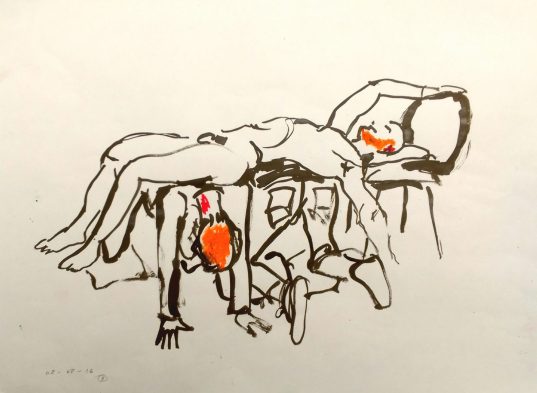 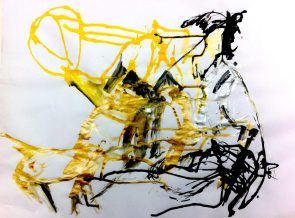 1. Who’s in the bowl – in tonight’s version, a bowl will be passed around with the names of six well- known artists and examples of works by each. Each member will choose an artist at random from the bowl, and will draw or paint the model in the style of the chosen artist. (20 minutes total) 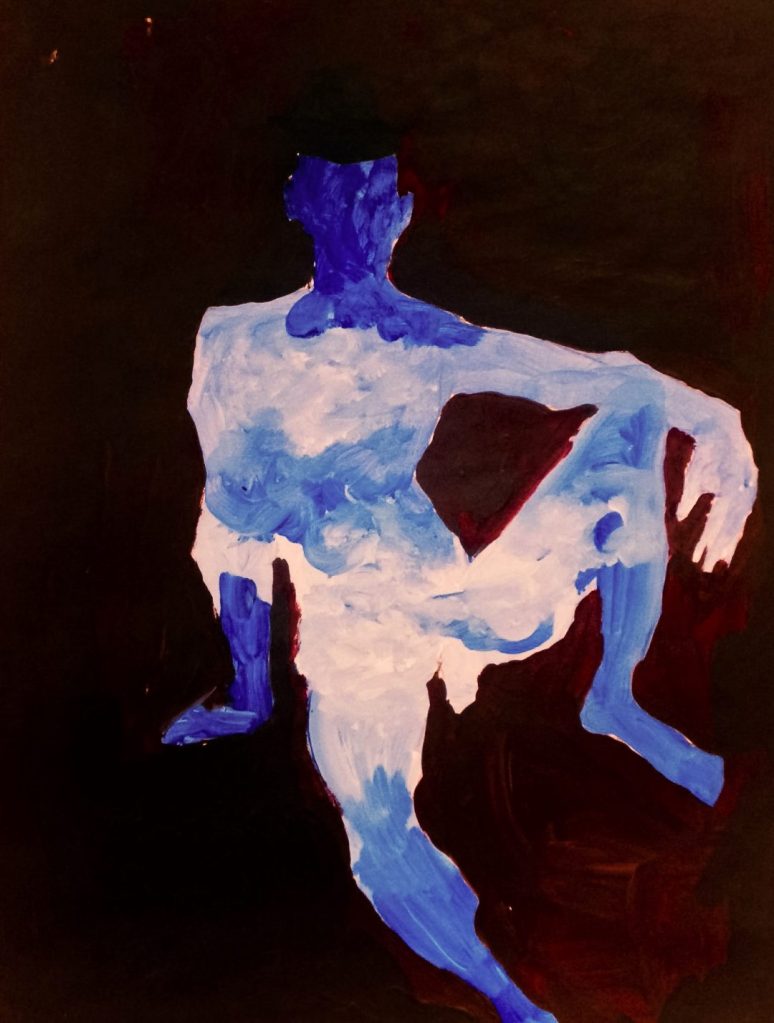 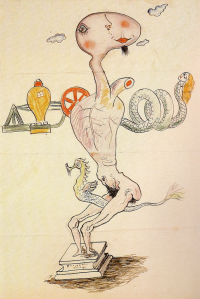 This game is based on a technique that was invented by surrealists and is similar to an old parlour game called Consequences. Surrealism principal founder André Breton reported that it started in fun, but became playful and eventually enriching. Breton said the diversion started about 1925, but Pierre Reverdy wrote that it started much earlier, at least before 1918.

In our version, a sheet of paper will be folded into thirds with two out of the three sections hidden, and each artist will have 15 minutes to create a drawing based on part of the model and including a word, on one third of the page. A clue to the position of each drawing will be dragged over the edge onto the next section so that the next artist knows where to begin. When the eight minutes is up, everyone will fold their section backward to hide it, swap drawings and will continue the drawing on the next section of the next paper, with no knowledge of what has been created so far. (3×15 minutes) 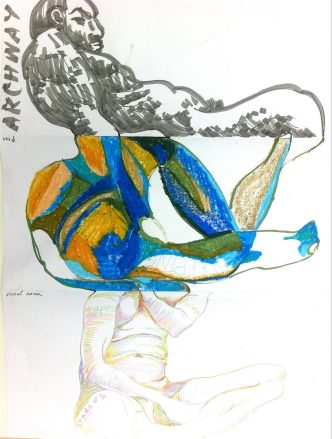 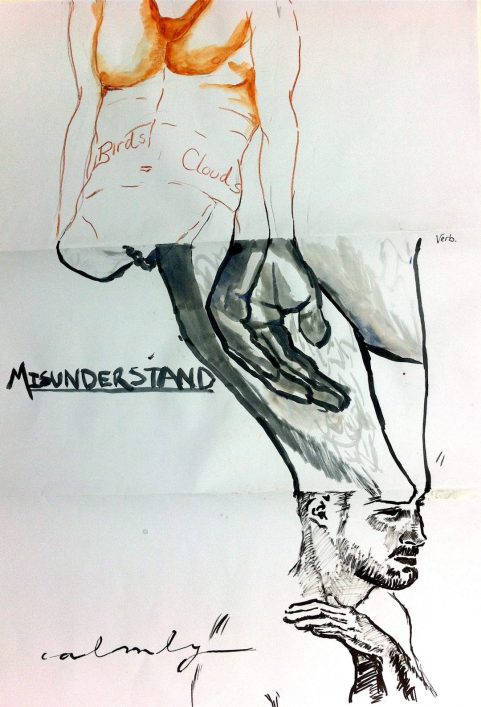 3. Exquisite corpse – variation two. In the second variation of this game, the model’s body will be divided into three sections (visually divided by masking tape that is…not by blade…) and the same procedure will be followed as in variation one. (3 x 15 minute postes, 45 minutes) 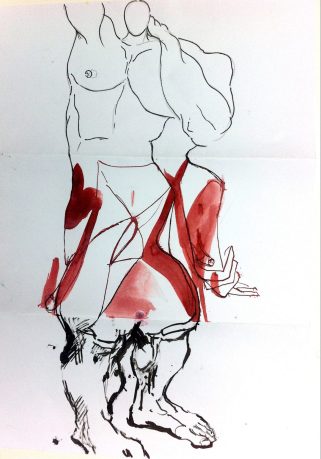 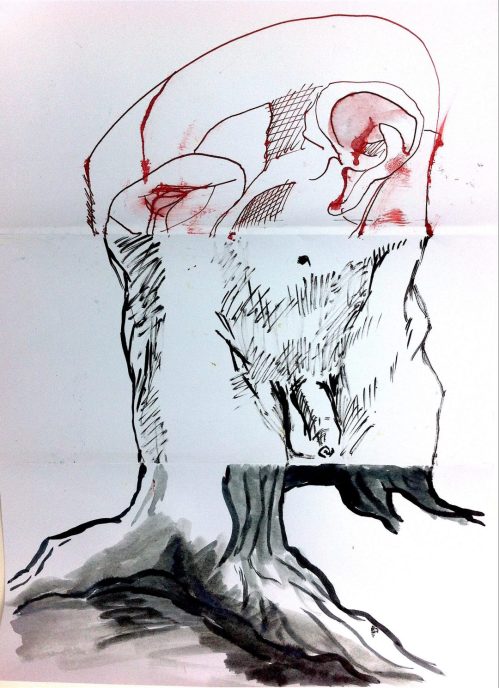