Driven by his desire for “aestheticisation”, this project seeks to create a new skin for Martin.

In the tracks of the monks that inscribed man’s relationship with God onto the single sheet of vellum that became the Hereford Mappa Mundi, we are using 21st century technology to “tattoo” the people, towns, rivers, paths, animals, and events of the medieval world onto his skin. This connects him to a pre-reformation Christianity, which provides the foundation for his life today. 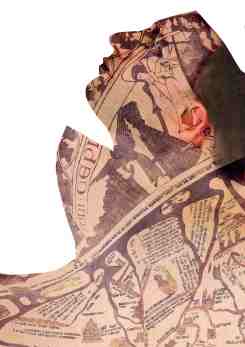 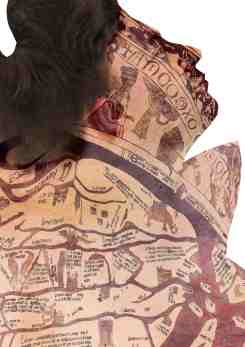 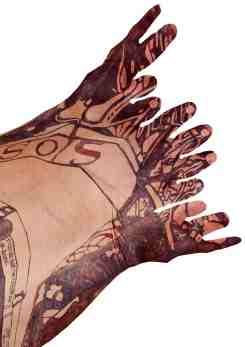 Acknowledgement is given to the project of the same name, Il Sarto Immortale, by artist/academic Alba D’Urbano.