Jonathan Armour led this meeting of the Unit.

Death of the Artist, with apologies to Roland Barthes’ essay of 1967 entitled Death of the Author. In this he suggested that no matter what meaning the author/artist intended to convey in a work, the reader/viewer has total authority to read and interpret it in any way they wish. This will be based on their own experience and knowledge of life. I quoted Gabriel’s reading of my piece Martin MP 15.04.15, who saw two maps of Ireland placed back to back – the assimilation of such imagery being linked to his Irish mother, despite it not (consciously) being part of my thinking.

We discussed what aspect of human life and in which venues is the male body (naked or nearly naked) most widely portrayed – in churches displaying the crucifixion of Christ.

Isenheim altarpiece 1512-16. Christ on the cross and below. St Sebastian on the left.

Reinhold’s crucifixes, from mother’s house in Bavaria, displayed on one wall in flat in Berlin. We discussed how we feel about these images… 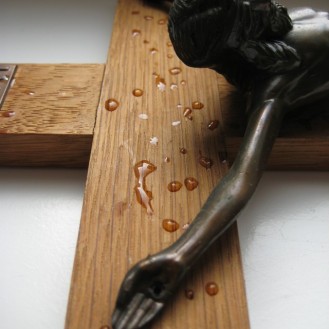 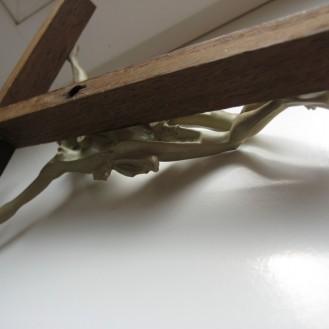 This evening – one pose. Our model Steve, will be in a simulated Crucifixion position, with arms held out/up with wrist straps attached to the wall. 3 periods, artists working in pairs. Each period, two pairs working on the floor on paper, 240 x 56cm, and one pair working on wall on sealed, but unprimed canvas 180 x 93cm.

The objective is to work off the “crucifixion” pose, but to create work which is unlikely to be read/interpreted by the viewer as having a religious meaning or connection. It is a challenge to our creativity, inventiveness and imagination. 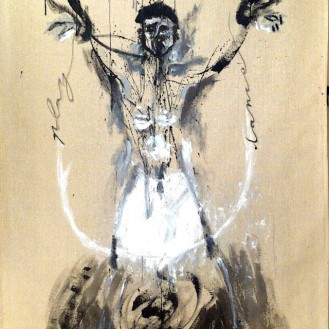 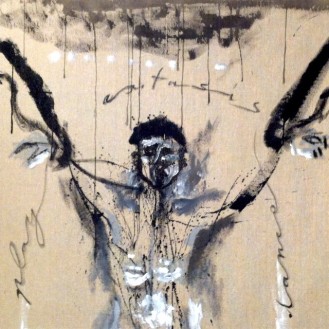 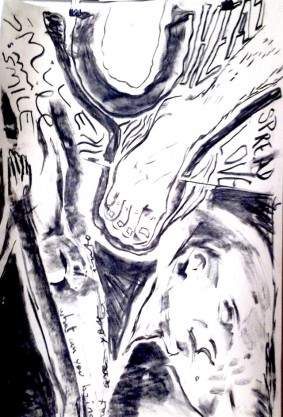 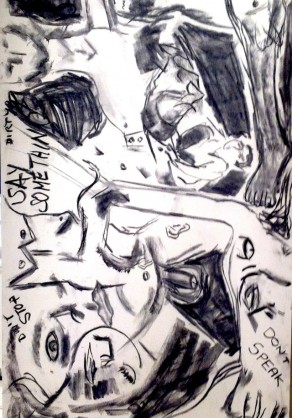 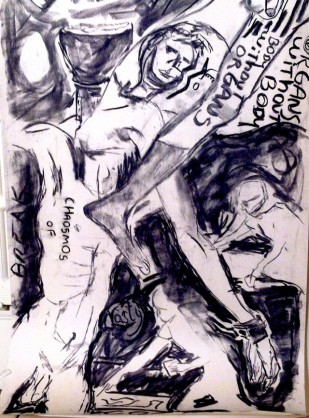 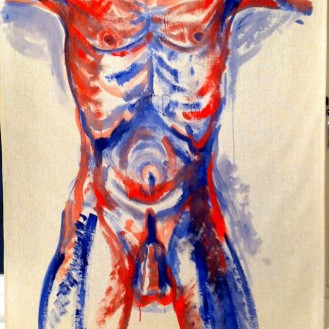 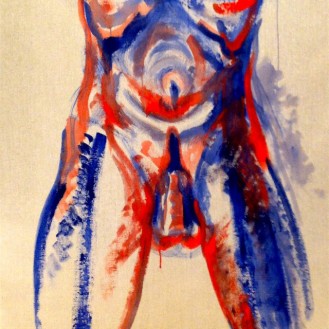 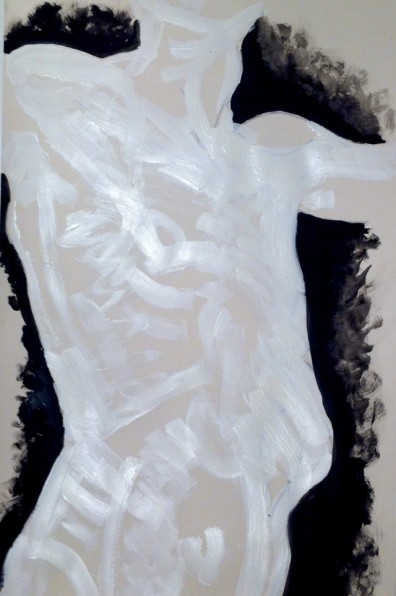 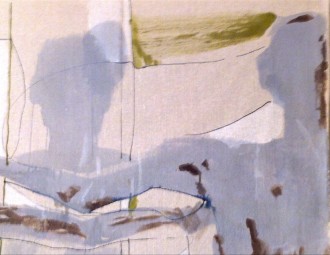 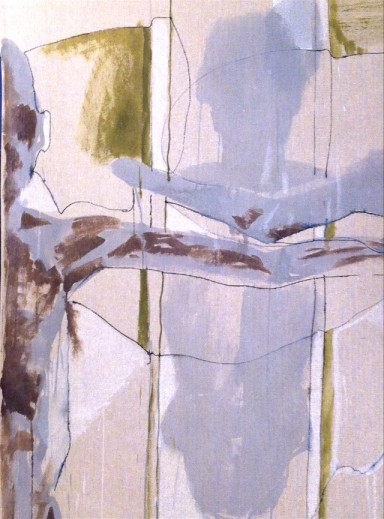